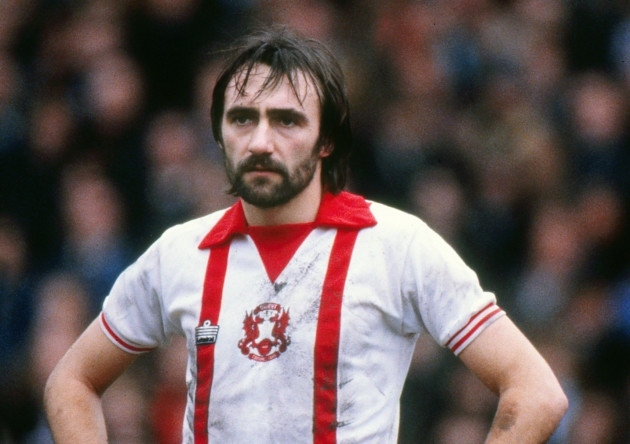 That’s it then. The end of 112 years of playing in the football league. Leyton Orient gone. Not many people will care. We never won anything of note. Ever. All those Spurs and particularly Arsenal fans who bleat about how tough it is for them up there in LaLaLand will barely notice. Don’t get me started on West Ham, squatting in their big fancy (free gift from the tax payer) stadium next door like the massive bloke on the train who takes up two seats and uses up all the oxygen.

We were never fashionable and in recent years there didn’t seem much point to the Os being in Leyton at all, with all the historic fans who used to turn up ten or twenty thousand at a time now living out in Essex, somewhere. Harlow Orient. That would have made sense. It still would, somehow, if the club can ever be saved by the fans, for the fans. Maybe there is a way out of the financial mess. Other clubs have been revived and returned. But let’s be honest, we were never great at comebacks. Three nil down with five minutes to go? Time to head for the pub, not dream dreams. They almost never came true.

Mine started in 1978, which was cruel. Our finest moment in living memory, as it turned out. My own memory says we won the FA Cup quarter-final against high-flying Boro in extra time with an overhead kick from outside the box, by Peter Kitchen. It’s not entirely true, but I was only 10 years old.

I’d been brought to the game by my Dad and my Grandad, Arthur and Frank, and what struck me most was the glare of the floodlights, the brilliant emerald of the pitch, the smell of sweat and beer and fags from all those big men packed so tightly together and the sound of the roar when the goal went in. I never heard the like again, there. I remember the language, too. Swear words are the poor man’s English, my father said. Then he called the referee a wanker.

We were standing, of course. This was before the tragedies that changed the game, for better or worse. Anyway we won. We bloody won. Que sera sera, whatever will be will be, we’re going to Wemberlee … Well, Stamford Bridge for the semi-final. Against the Arsenal. The mighty Arsenal of Pat Jennings, Willie Young, Liam Brady, Malcolm McDonald. Gods. We had old John Jackson in goal, young Glenn Roeder at the back running upright like a Brisbane Road Beckenbauer, nippy John Chiedozie on the wing, the Flash. My favourite. But only because I was too young to have seen Laurie Cunningham.

Ah, Laurie. The first black player to wear an England shirt. For the under 21s, but still. Ask the lads who came after: Sir Les, Wrighty, Incey, they all looked up to Laurie. He dodged the bananas, shrugged off the monkey noises and went off to play with enormous skill and flair for Big Ron at West Brom and then – fabulously, audaciously – Real Madrid. In a European Cup Final. One of us, promoted to glory. And then came the partying, the decline, the wandering, a brief final flourish and death in a car crash in Spain in his early thirties, at an age that seemed old to me then but now seems hopelessly young.

Laurie had gone by the time of the semi-final, but he left behind the scent of glory, the taste of possibility, the importance of style. We looked good, I remember that, in the all white strip with the two red lines running down the shirt and – marvellously – the shorts too. And the badge on the chest. I thought they were dragons.

So we won and we were through to the semi and my Grandad Frank was ecstatic. He had followed them forever, including the one season they played in the top flight at the start of the Sixties. Three seasons, actually: autumn, winter and spring.

Grandad played for the Os in the Thirties too, or so it was said. I’ve never seen any proof. I haven’t looked too hard in case it isn’t there. I know it isn’t. Maybe he played for them during the war, when records were slack. I know he played exhibition matches for the Eighth Army in the desert, keeping up morale. Tanky, they called him. Built like a tank, more accurately an armoured personnel carrier, busy eating up the miles in the midfield. My youngest son now has his name. Frank, not Tanky. I loved the guy when I was 10, even when he shouted at me. “Never again,” he used to say when he came home from the football to the house that was only a few streets away. “Never again.” But he would go back again and one day, that day, he took me with him. For the first time. What a way to start.

We won. I was hooked.

We were competing with West Ham and Chelsea in the league then, above them sometimes, it was respectable. We might go up. We might win the cup. Anything was possible. It was the start of something. But no, it wasn’t. It was the high point, the golden hour, the End.

Grandad died. Suddenly, from leukaemia. Between the quarter and the semi. Gone.

My sister and I sat either side of my Mum on the sofa in the early morning when the phone had rung and she held us tight and cried and we didn’t understand.

So now we went to the semi-final, my Dad and me, because we had tickets and because it was what Frank would have wanted, it was for him. A pilgrimage. Let’s see this through, son. We can do it. We sat high in the stand and looked down at the stars in the Arsenal team, heroes of the playground, and I felt sick.

So, as it turned out, did the Orient. They were trapped in the headlights of the Arsenal limousine. Paralysed. Useless. Destroyed. Three nil. It was over, over, over. I just didn’t know that. It still felt like a beginning, for me.

I got a job as a programme seller at the league games at 13, patrolling the perimeter, swaggering even, with a bag full of change and an armful of glossies, feeling like part of the team. You got in free. You had to watch for the animals: Millwall were the worst, throwing beer bottles full of piss, pressing in on you like a mob. I jumped over a wall to escape. The other side was far, far lower than I thought. Ten feet, maybe. I was starfished on the concrete, coins scattered around me like bubbles on the beach, the Millwall peering over the wall with leery, hungry faces like pissed seagulls. It hurt. It really bloody hurt. But it was, you know, great. Like being a man, when you were really just a little boy.

So I stuck with the Os. I had no choice. Family. The story. Grandad. Oh Grandad. Why couldn’t you have played (or not played) for Spurs? Too late to change, despite a flirtation with Ossie and Hoddle and Waddle and Gazza and that gorgeous Le Coq Sportif Spurs kit with the v-neck and the silky blue shorts; and later, an affair with the Irons, watching Rio, Joe Cole, David James.

Through all that, the Eighties and the Nineties and the Noughties, I kept going back to Orient when I could. Dad and I did make it to Wembley with the Os for a play-off final. The North Circular Road was gridlocked with cars decked in Orient flags. We could beat Scunthorpe. We were doing this for Frank. We went one nil down very quickly and never came back. Never seemed to try. Never again.

I moved out of London, because that’s what we do, families like ours. I moved to the seaside, supported my local non league team and saw Brighton, wondered if they might come good, (celebrating now as they do, although we will never really belong to each other). But always, I was an O. I’ve got a replica of that 1978 shirt. It’s special to me. I stopped going though, I’m sorry to say. If the point of it all was the dignity of perseverance, the taking part, I failed. I lost heart. Lost hope, really.

The last flurry was that glorious moment when we drew with Arsene’s Arsenal against all the odds in the cup. I watched on telly, and was taken by surprise. Arsenal again. We won that game hands down, one-one. So I went to the Emirates with my Dad and both my sons, to see them again, hoping. Hoping. Arsenal sent out the kids. They scored five.

After that, my father and I didn’t say so but we sort of felt that Frank would not mind if we stopped. We’d done enough. I admire those who didn’t give up, for their steadfastness in clinging to the O’s in the face of derision, mockery and abuse from fans of the easy clubs, with their cups and dramas that don’t always end in defeat. Ours always ended in an empty shrug. Oh well.

And now this. The Orient will probably never play in the league again, after this season. They might not even survive, if the courts go against them. Idiocy has ruined everything, even the dignity of persevering and being a very, very old league club. Gone.

I hope there’s some way forward, involving fan power, the rebirth of the club as something good and true. I admire those who will make it happen, I really do. I’m done.

Truth is, I was done a long time ago. It’s all been for Frank, really, so the last word has to go to him, as he comes home sometime in the Seventies, throws off his flat cap and scarf like a nicer Alf Garnett in white and red instead of claret and blue and says to my Nan, and to anyone who will listen, “Never again, Gladys.”

I’m saying it with him today, for all those who have loved and been faithful to the Os in far more impressive ways than me, for all the good times they somehow extracted from the experience, in sorrow for them that it’s over against their will and that it was ended for no good reason at all by the foolishness of a fool.

For those fine fans there will be anger, pain, dismay and hopefully a determination to begin again. Good luck to them, and may sense prevail.

All I can offer is sympathy and the emptiness that was such a feature of life with the Orient, after that first glorious game that felt like the start of great things to a dazzled ten year old but turned out to be the best – the absolute best – it would ever get. I should have listened, Grandad. The words mean something different today.

This site uses Akismet to reduce spam. Learn how your comment data is processed.